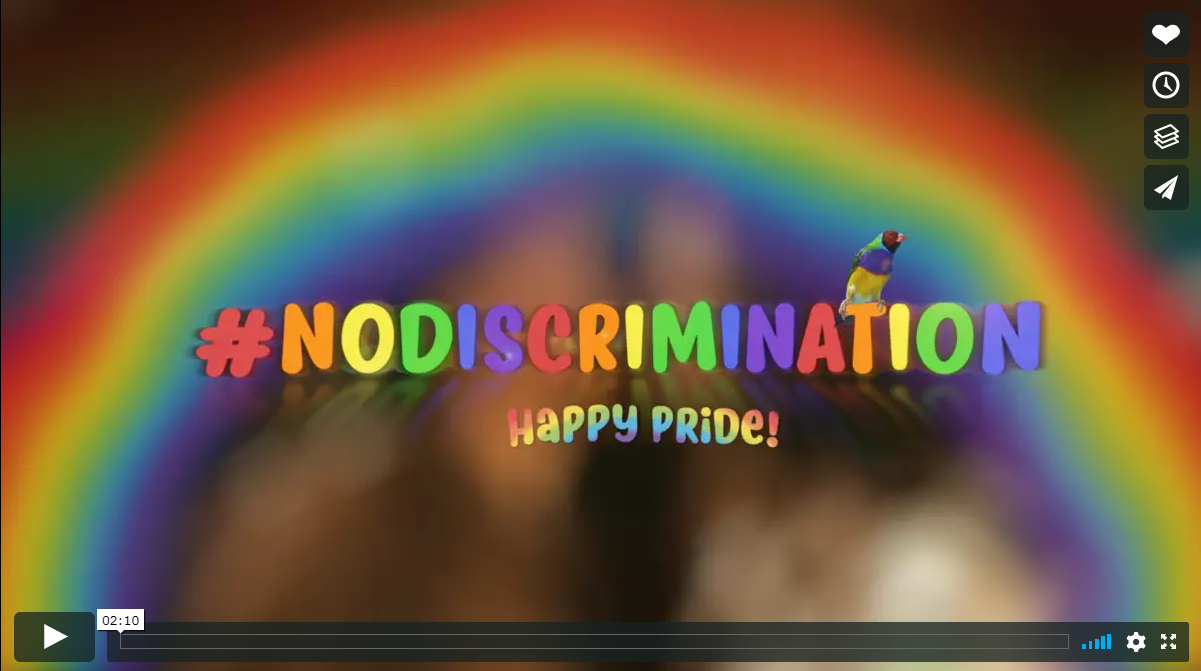 10 May Matteo Piccinini push the gender discriminations away

The director returns his attention to social issues with his original style through a LGBT community’s support project.

Matteo Piccinini always take particular attention to social issues with his creative eyes offering to audience his very personal point of view. In the short film Pollo Crudo, presented in the Roma Web Fest in November 2018, he took care of violence against women, while in this last work he focused on the gender discriminations.

Already with the direction of the first track’s video clip that is Diva of Glitter Diamonds, Matteo Piccinini has approached to LGTB world given that the vocal duo consist of Eleonora e Francesco Lamonaca in his songs discusses issues related to the LGBT community.

The new director’s video (click here to see it), which is entitled No Discrimination, talk about, in a poetic way, of a girl’s path that goes from a world consisting of rules, in which she’s feeling prisoner and that makes her unhappy, to a world in which she finds the childhood joy and where she can be finally free. In this trip, the protagonist is accompanied by a little bird whose feathers have colours of the rainbow, which is the LGBT movement symbol. In the video is the little bird that give freedom to the girl.

The intent of Matteo Piccinini is show the interior path that each of us can do to find its own identity, regardless of its own sexual orientation. As for his style, he analyses the psychological mechanisms of figures of his work to invite the audience to reason on the message that he wants to give through his art.

The director moves away from the rhetoric to deal with a delicate and current subject such as the gender discriminations and give his personal and original support at this very important cause.

The video has taken 4 working days and it was filmed in a film producer’s cottage. Regarding the location the director tells that shoot was filmed in winter and in the film set’s room there wasn’t heating, so for the protagonist of the short film was a difficult trial not only on acting level but also physical, seen the low temperatures.

Also, the scenes with the little bird have required a lot of effort. They were filmed in the studio with the blue back and the director and his troupe ability was to wait and being able to capture the most significative movements and expressions of the animal and that could be more useful for the sequence of the story.

For this project Matteo Piccinini had at its disposal a big production with a team of 20 people. Moreover, he collaborated with two big professional: the composer Marcos H Bolaños (www.qkmusic.net), that realized the music for the video, and the VFX artist Rafał Bieńko (www.rafalbienko.com), who took care of special effects.

For see the video and say no to discriminations is possible goes on the Vimeo’s channel of Matteo Piccinini.