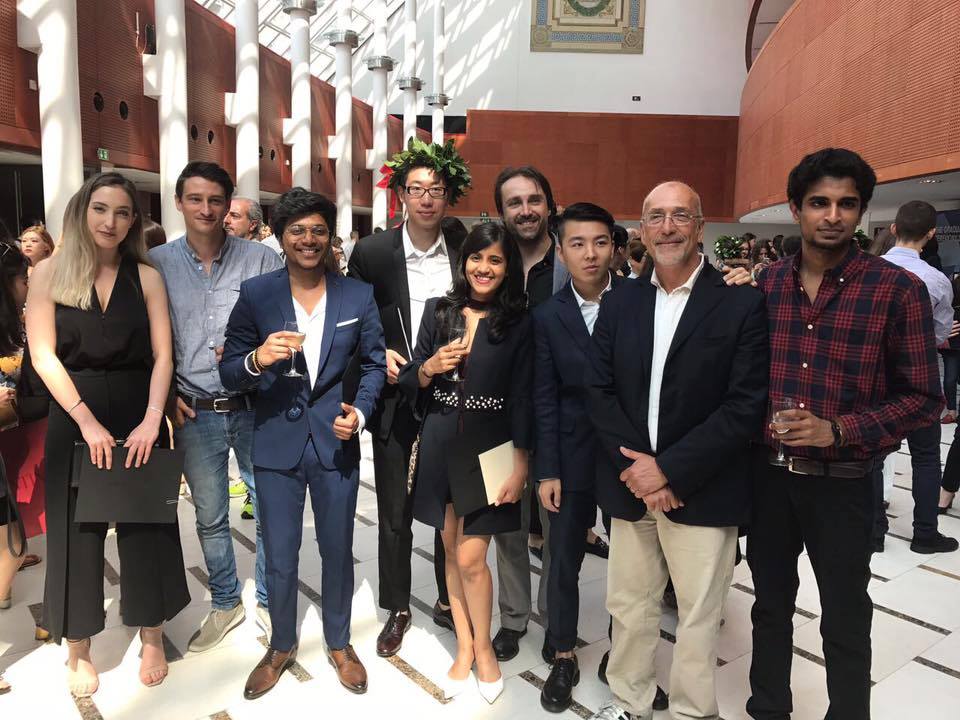 Posted at 09:49h in Cinema, Curiosities, Movies by FilmakerUser
0 Likes

Matteo was born hungry with cinema! Even in his childhood, he had a small Super 8 camera which he utilized for his first animations, switching to the more advanced digital formats later on. VFX enthusiast, his work is not limited to directing the film only, but continues in the post production phase, where he supervises and coordinates the next moves.

The ability to pass one’s own talent to young people sparkling with video-photography interest had Matteo dipped in an exciting environment for him and his students both. The producer started the Fashion Film Direction course in February 2017 at Istituto Marangoni, which makes its participants experts of cinematographic images’ visual identification, giving them innovative concepts in the scope of photography and passing advanced techniques in the fields of fashion and styling down to them with particular attention to advertising details, within a cultural and creative optic. An international tune flows inside the facility’s halls. For Matteo, this has been his first experience as teacher for a notorious and valid institute such as Marangoni, a true school of life. The objective of the course is that of transmitting the most advanced techniques of filmmaking, coping with fashion, to his students. Matteo, thanks to his previous experience, taught how to persuade, thanks to the embroiling power of images, creating a story that has the ability to seize a brand’s new potential customers. Lessons aren’t limited to the halls; they are held outside too, where the students, as in a real film, would search for the most appropriate location for the creation of their cinematographic idea, balancing lights and colors and grasping the right sensibility by “immortalizing” the subject respecting the theme of their original creative idea. The master emerged as a true exchange of ideas and tips between the producer and the young creators. Matteo shared the secrets of his profession while being constructive and his most heartfelt emotion was seeing the projects being completed, built on the basis of his tips. The most exciting moment for the producer happened right after the ceremony of graduation. The manifestation was held in Arcimboldi theater: jewelry of art and Italian culture. Matteo was given the chance of climbing on the stage, before all of his students who cheered him on and thanked for his work, full of love and great professionality.

Teaching, news for Matteo, made him able to discover how beautiful and involving can coaching a small group of people be, sharing with them the first achievements which form the basis of a successful, renown and famous career. Matteo Piccinini master producer of his own passion!